Does Fear Stop You?

Does Fear Stop You?

Doe FEAR stop you from getting what you want? People don’t even know that it’s fear in the belief system, that is standing in your way. So, what are you so scared of? Well for the most part it’s the fear of failure, fear of what other people will think, fear of rejection, the fear of uncertainty. One thing that happens when we grow up, is we start to care too much about what other people think. As children, we have a bigger imagination, and believe that nothing can stop us. Kids don’t hold on to the past and feel scared about failures that they had the day before. Let’s take walking as an example; how long on average, would you give your baby to walk? Until you tell them to stop and not to try anymore? Well that would be just ridiculous LOL! The magic formula as to why babies can walk, is because they try UNTIL they can. Imagine that, trying UNTIL it happens. Now that’s something to think about!

As we start to age, we hear more and more from our parents, coaches, brothers, sisters, boyfriend, girlfriends. They tell us that we should do or we shouldn’t do, to be careful of this, and don’t try that, that something is impossible, that you’re crazy to think that way etc. Over and over we hear people tell us why we cannot do something, or why we shouldn’t. We start to believe others, and we limit ourselves. We become fearful to try, because we subconsciously believe that it’s impossible, and people are just going to laugh at us.

Imagine if you could do anything that you set your mind to. What would you try to do if you knew you that you could? Let me guess – ANYTHING. Remember this: misery loves company, and so many people who love you, will try and bring you down in life. It’s important to limit your time with those who does not encourage and support you in life. Just because your friends or family can’t do something, does not mean that you will be the same as them. I encourage you to not listen to others, and to not care what others think of you! Also, live YOUR own life. We hear this all the time, “you must do this, this, this and this to have a happy life”. My advice to you is: Stop living other people’s lives, and live life on YOUR terms. Don’t listen and buy in on how others think that you should live. Stop being fearful just because people tell you that you can’t do something. It’s only impossible until someone does it. Many successful people were laughed at because their dreams seemed crazy to others. Then, after they accomplished it, they were looked at in an entirely different way. 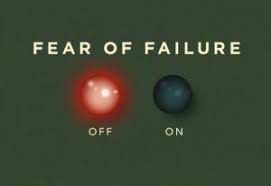 Set your goals and dreams, and map out an action plan to get it done. Take peoples advice, weigh the pros and cons, and then put the plan into action. Step outside your comfort zone, and take smart, calculated risks. Then, of course, take MASSIVE ACTION to get it done. After you conquer the fear, you must still put in a TON of action. Start the grind and hustle to get what you want.

Don’t hang out and listen to the ‘Nay Sayers’, and surround yourself with people who also have big dreams and desires. Fear is only self-doubt. Think about the reasons why you CAN do it, and all the things that you’re going to do, to make it happen. ‘To live in fear’, is the meaning of not living at all. Think about all of the things that can go right.

See things as they are, but not worse than they are. Many people see things worse than how they actually are, so they talk themselves out of trying anything.

You can put steps into action to obtain your dreams.

Oops! We could not locate your form.